In Part I of my Top Time Management Secrets I introduced you to three simple, yet powerful ideas that take patience and awareness to practice.  I hope you'll be sure to read that post.  It's brief and may 'save you time' in the long run!

Now, if time wasn't so much an issue, we could do whatever we want when we wanted.  Sound attractive?  Yes, it does, but, given the human mind we would probably become bored with this sort of open-ended living as well.  Just ask the retired folks who, after an initial 'honeymoon' period, often become bored and look for something 'more' of something (meaning, fun, etc.) to do.

The human mind, it seems, craves variety, whether we are talking food, work, discussion topics, games, movies, travel, you name it!  I hardly ever bother watching something two times now, there is so much out there to see!

As such, in Part II today I want to share one more very important secret to managing yourself in today's world. Today's secret is: learning to slow down a bit and focus on what is possible, given the time restraint(s) you have.  Of course, this very much depends on what you are trying to accomplish.  And it's more complicated than it sounds.  And as an ol' hippie-ish social worker friend of mine used to moan every time another change came to our department: and therein lies the rub...

Since time began, part of being who we are as humans is having vision.  It seems inherent in most of us is a desire for more, or to grow.  To make something better.  To make oneself 'better'.  Like anything else, it's what you do with this desire, not the desire itself, that is a problem.

To give you an example, I will share my story.  Back in the 2000's, when the internet was taking off, I, like many therapists (and non-therapists too) were drawn to the emerging industry of life coaching.  Perhaps some of us hadn't been aware of how bored or unhappy we were with our present work until we saw 'what we thought was possible' with offering telephone coaching services.  Our dream was to develop our niche and find clients anywhere, anytime.

Others of you might remember that this was also right around the time of the .com crash.  Ooops!  Remember what happened to those ever grandiose companies that took millions from venture capitalists only to flop: destroyed ultimately by irrational exuberance?

Intertwined with this (remember the saying 'life is like a riddle wrapped inside an enigma...') was my desire at that time in my personal and professional life for generativity.  Generativity is the desire to leave something of oneself behind and/or to do something of meaning.  For many that means, having children and enjoying the process of parenting.  Becoming an adult for me in the early 1980's as a gay person meant I wasn't supposed to have children.  Back then it was much, much different for LGBTQ's.

Well I dove head first into creating my baby and growing her up.  I started a vibrant 'social entrepreneurial' type business.  I had a hell of a decade, serving my niche, being highly creative, wrapping almost 90 episode of the best (not only) podcast I created, produced and led, traveling the country, being innovative doing things most had never done like leading a couples group via phone and running speed dating events on land and at sea.  I guest spoke at conferences.  I met lots of really amazing, bright, entrepreneurial and well known folk.

What a blast it was.  I have no regrets.  Peoples lives were changed.  My career was invigorated.  We changed the world especially so in the gay community back in that time.  I have many great stories of lives I positively impacted.  I'll never forget one woman I met as I was interviewing for a contractual staff and she shared with me that while she'd never met me, she'd been reading my newsletter and following my projects for years and they helped her leave behind an inauthentic life to live a more authentic and satisfying one.

And, now the worm has turned.  Because that's how life and work go. Especially today as the pace of change quickens.  Many industries, for example, are now going away and new ones coming and going very quickly.  Most I knew in my field or related fields have moved on: one or two were lucky enough to build companies and/or products they sold.  Many were talented and have gone on to new endeavors (one business mentor from California is sailing around the world with his wife and another has started a world wide educational organization that teaches everything from A to Z about cannabis. Yes!)  Some moved out of the country to pursue related projects or to retire.  Some got married and started a family, while still pursuing their business venture. A handful sadly, have even passed away.

As for me, I reached a point in that former business where I couldn't scale enough.  Mostly due to the geographic location and what it would really take in terms of investment to 'get there'.  In the meantime, I'd never given up my therapy work and, when returning to the Mid-Atlantic a few years ago, I dove back into the mental health scene.  I joined a group practice in my area and became quickly very busy as I learned there is a shortage of services in this area.

Newer therapies are rising up.  Technologies are helping so much and becoming alone a type of therapy (example: AI). And more established ones are becoming more broadly applicable and/or more sophisticated.  I think, more than ever, it's an exciting time to be a therapist and/or become one.

In a type of therapy I use called DBT, I teach my clients about the tensions or 'dialectics' of life.  Those yin and yang sides of the wheel that need each other to keep spinning.  The dark and the light.  The contrast.  The day needs the night.  Nature needs it's seasons.  And there are many iterations of same.

Finding this 'sweet spot', where you are able to be the most effective you can be in a timely, realistic period of time is essential to your taking care of your survival needs.  And, well, when you fail at finding it, that's okay too, there is ample learning from which to correct course next time. 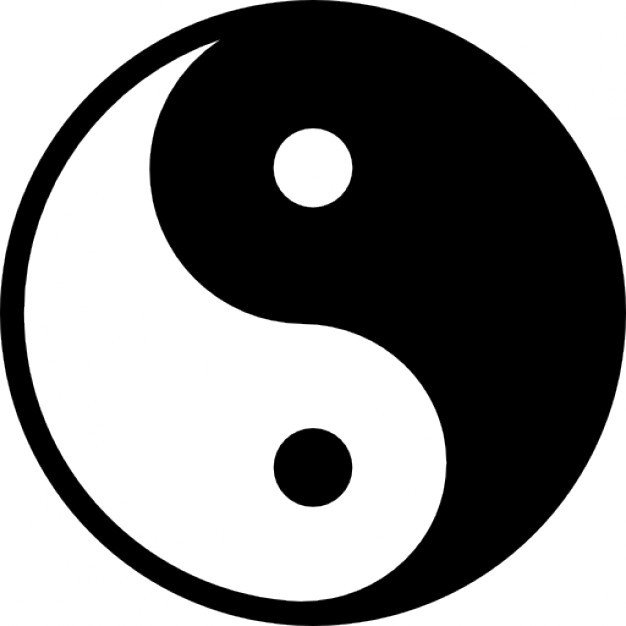 For example, in my adult life journey of the past quarter century, my 30's became about learning who I truly was in the context of a love relationship and my 40's - early/mid 50's became to be about expressing that most creative self in my work.  What will my late 50's and beyond hold for me?  Well, I have a sneaking suspicion love will return soon and career, well, we will see.

So here I stand before you.  Ready to listen.  Ready, to as a client said to me the other day "let me be who I am so I can become an even better version of me".

Indeed, I believe I'm wiser than ever and a heck of a lot more fun than my younger self.  Because life took it's swings. Some were home runs, some were dinky singles and yes, some were strike outs.  All goes into making me being as best a me as I can be.

If you have a dream or a quest that you really want to do, but you aren't sure you will have the time, energy or resources, that's important to listen to.  But don't let that stop you.  Get the support you need to get clearer on this issue.  You are a truly unique person who never existed before, perhaps your 'genius' is 'actionable'.

Or, perhaps your dream is more personal.  Either way, you need to nurture that dream and bring it forward.  Don't let naysayers dismay you.

If you can relate to what I'm saying, perhaps I can be of support and even, help you avoid some dead ends or potholes...

This is my quest to follow that star
No matter how hopeless, no matter how far
To fight for the right without question or pause
To be willing to march into Hell for a heavenly cause

And the world will be better for this
That one man, scorned and covered with scars
Still strove with his last ounce of courage
To reach the unreachable star

This is my quest to follow that star
No matter how hopeless, no matter how far
To fight for the right without question or pause
To be willing to march into Hell for a heavenly cause

And the world will be better for this
That one man, scorned and covered with scars
Still strove with his last ounce of courage
To reach the unreachable star